P is for Puglia 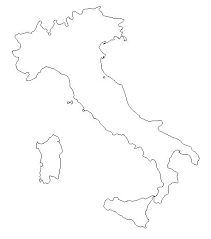 Spur is a bit above the heel

If you think of the heel of Italy’s boot as having a spur, you can (sort of) visualize the Gargano Peninsula. The GP juts into the Adriatic Sea, marking the northern most part of Puglia. We began our exploration of the region with three nights at the Agriturismo Le Querce di Mamre in Manfredonia in the province of Foggia. The agriturismo is a genuine working farm and serves fabulous food, (we had breakfast and dinner there), although it’s more a venue for weddings and other events than a “hotel. “ 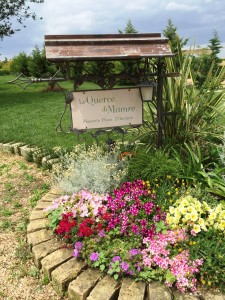 Besides a very friendly staff, this agritourismo has a drop- dead gorgeous padrone named Giancarlo– a man in his sixties with longish gray hair, blue eyes and enormous style. Never mind that I understood about every tenth word he uttered on the occasions he sat down to “chat” at our table–just watching him was a trip and my travel partner understood most of what he told us.

Among the culinary highlights: a pitcher of fresh buffalo milk (sweeter and far richer than that from a cow); a dinner appetizer of ravioli filled with smoked mozzarella (also from the local herd) and a hazelnut semi-fredo for dolce (literally meaning ‘sweet’ but often the word for dessert). My only food issue was the breakfast coffee which was the typical tiny Italian cup–even a doppio (double) didn’t quite caffeinate me sufficiently. 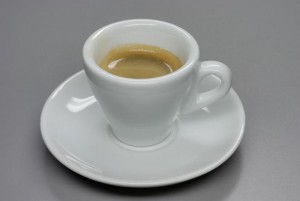 One day we drove to San Giovanni Rotondo, reached via a series of hairpin turns that required concentration but weren’t all that terrible. The town has a Lourdes-like quality as it’s home to a gigantic hospital and research center as well as our reason for visiting–the enormous Padre Pio Pilgrimage Church designed by architect Renzo Piano. The church, which has many chapels, accommodates 3,500 in its largest indoor space and can handle a mere 30,000 standees outdoors. It needs to be this capacious as seven million pilgrims visit each year. The whole is magnificent, the main chapel dominated by soaring arches and 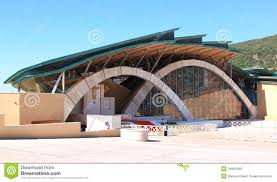 Outside the Padre Pio Church

the exterior marked by a huge wing-shaped roof. Although the many church “gift shops” sell books, pictures and other merch devoted to Padre Pio, a local saint canonized by Pope John Paul II in 2002, there wasn’t a shred of info about Piano which we found odd. 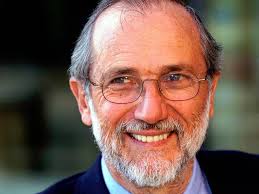 Smoked mozzarella is easy to come by in the U.S. It probably won’t be handmade or as fresh as it was at the agriturismo but will work perfectly in this baked pasta dish.

Baked Linguini with Fresh Tomatoes and Smoked Mozzarella
4 tablespoons olive oil
1 red onion, chopped
3 garlic cloves, minced
5 plum tomatoes, seeded and chopped (if you’re in tomato season, use 2-3 regular tomatoes–the point is to use the ripest possible.)
16 ounces linguine
1/2 cup (1 stick) butter, melted
8 ounces smoked mozzarella cheese, cubed
1/4 cup chopped fresh Italian parsley
salt and freshly ground pepper to taste
1 cup fresh bread crumbs
In a skillet, heat 3 tablespoons of the oil over low heat. Add the onion and garlic and sauté for about 5 minutes or until the onion is transparent. Add the tomatoes and sauté for 5 minutes.
Meanwhile, cook the pasta in a large pot of boiling salted water according to package directions. Drain and toss with the remaining 1 tablespoon olive oil. Place in a large mixing bowl.
Preheat the oven to 375 degrees.
Add 1/4 cup of the melted butter, plus the tomato-onion mixture, the cheese, and the parsley, to the pasta. Toss well. Season to taste with salt and pepper. Spoon into a greased 2-quart casserole. Combine the remaining 1/4 cup melted butter with the bread crumbs and sprinkle on top.
Bake for 20 to 25 minutes. If you want to get fancy, just before serving, place the casserole under the broiler for 30 seconds to brown the bread crumbs.
That’s P as in pasta and P as in Puglia.

This entry was posted in Uncategorized and tagged coffee, Italy, linguini, Renzo Piano. Bookmark the permalink.