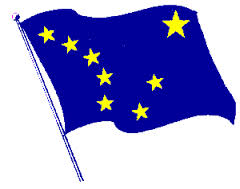 An Alaskan friend invited me to a piano concert where fully two thirds of the attendees hailed from the 49th state. At the end, the artist played a riff on the Alaskan state song, (apparently Alaskans all know their song—can you hum your state’s?), and regaled us with fascinating lore about the composers whose work she played.

Anyone who wasn’t music major may not know much (or anything) about Franz Xavier Mozart.  Franz,  known as Wolfgang,  was the youngest of Wolfie Sr.’s six children. He was also a child prodigy but, unlike his father, highly introverted. This Wolfgang  taught music as well as composing numerous sonatas and piano concerti but never reached his father’s heights. 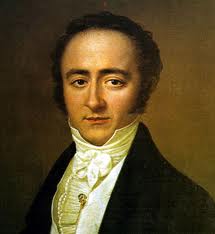 After Chopinina, better known to me as the music of the “white” ballet, Les Sylphides, we heard several works by Louis Gottschalk, an American composer born in New Orleans to a Jewish father from London and a Creole mother. Poor Gottschalk was rejected by the Paris Conservatory because he was from America, “a country of steam engines” where it was thought culture never reared its head.

My other recent musical interlude was a fabulous “songfest” at Julliard, one of those little known NYC treasures. The evening featured vocal arts students and alumni celebrating the centenary of Benjamin Britten. Julliard offers an enormous range of free or modestly-priced programs ranging from chamber music to jazz to drama and dance every month; for more information go to news@juilliard.edu 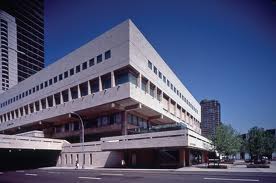 The Julliard School at Lincoln Center

Tonight I plan to sing Christmas carols at NYC’s  Brick Church  Mid-way through this annual ceremony, highlighted by a chorus of tots from the Brick Church nursery school, the trees lining Park Avenue are lighted. Some years it rains, sometimes it snows, tonight anything might happen.  Sleigh bells ring….

When I think of Alaskan food, my first thought is salmon but you presumably know how to handle that one.  Instead, here is: 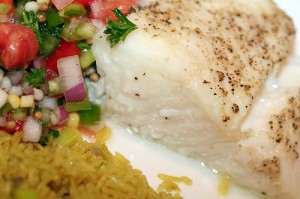 Legend has it that this recipe was created during the 1020s in the small fishing village of Pelican, Alaska by Caddy Ganty, wife of a fish packer. I gather this dish is served all over Alaska and the Pacific Northwest ,where it is sometimes called Halibut Olympia. This particular version won an award from the James Beard Foundation in 2010.

Preheat oven to 350 degrees. Sprinkle halibut pieces with salt, place in a large high-rimmed dish  and add wine. Cover, refrigerate and marinate 2 to 3 hours (no longer or the wine will start to break down the fish.)

Bake 25 to 30 minutes. The top should be lightly browned and bubbling and the fish flaky.

If you like, top with finely chopped dill or chopped scallions.

Serve whistling Alaska’s Flag, the state song. If you invite an Alaskan for dinner, chances are he or she will sing it for you. (If you invite Sarah Palin, skip the fish as she will bring a freshly shot moose.)

This entry was posted in Uncategorized and tagged Alaska, halibut, Mozart, piano. Bookmark the permalink.