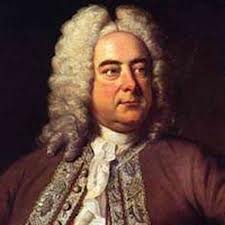 I’m sort of a Messiah groupie in that I try to go to a performance every holiday season; sang some of the work with my high school glee club and once, not so long ago, went to the sign-along Philharmonic performance  where I was mortified to no longer be able to hit the high notes.

A few nights ago I heard The Messiah performed at Carnegie Hall. The name of the chorale will go unmentioned as their achievements were less than earth-shattering which was too bad given the magnificence of the raw material. And, of course, when we got to the Hallelujah Chorus, I, like most of the audience, rose to my feet.

Pause here, click on the link and hopefully you will hear an A+ rendition which you can enjoy standing, sitting or singing along

But why do we stand for this particular piece of music? Investigation reveals a story that is probably apocryphal but charming. It’s said that in 1743, King George II of Britain was so moved by the Hallelujah chorus he stood out of respect for the “Lord of Lords,” the only authority above his own. When the king stands, everybody stands. And so it goes and has gone since. However, hold-outs like those who are anti-monarchy, anti-tradition or just plain want to stay seated do just that. Personally, I find the music practically lifts me to my feet. 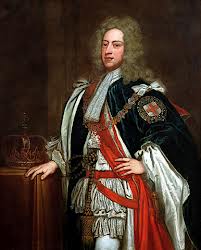 George II who perhaps shared a wigmaker with Handel

Although originally performed at Easter, by now The Messiah, Christmas and, at many dinner tables, ham are bound together (although it’s probably best not to sing with a mouthful of ham.)

This recipe for ham glaze is the simplest one I’ve ever run across. If you envision ham on your menu (anytime), buy one that is already cooked, preferably with the bone in as that bone will lend itself to great split pea soup later on.

You might want to score the ham to make it look beautiful and as though you’d gone to a lot of trouble. (You won’t have.) Use a large knife to make diagonal cuts all across the ham about 1 inch apart on the surface—you cut only through the fat outside, not into the meat. Then, take whole cloves and poke them into the ham where the cuts intersect. Brush on roughly a quarter of the glaze, and continue to brush some on every fifteen minutes or so. A cooked ham only needs an hour in the oven. When you take it out, tilt the pan to gather what’s left of the glaze and spoon or brush it over the ham that can now rest until you slice and serve it (or just serve—many hams come pre-sliced.) The scoring, cloves and glaze will make it a work of art, like The Messiah. 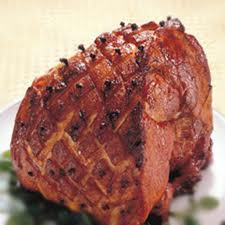 For a six to ten pound ham these are very rough estimates as to amounts of ingredients. Don’t fret, this recipe is very forgiving:

Mix ingredients together to make a paste. If it’s not liquid enough, add more cider or juice. If you’d like more kick, increase the mustard. Simple, right? Hallelujah!

This entry was posted in Uncategorized and tagged Christmas, ham, Handel, king. Bookmark the permalink.

One Response to Hallelujah!