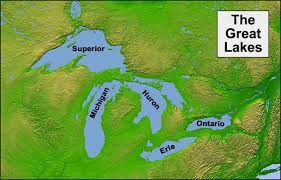 My driver from the Chicago’s Midway airport to my friend’s house in Sawyer, MI, was the Michigan version of Bob and Ray. The house sits on a large expanse of private beach right on Lake Michigan where the water was so delightful I spent more time in than out. There are rocks to admire and pick up as well as a sandbar which is nice underfoot. 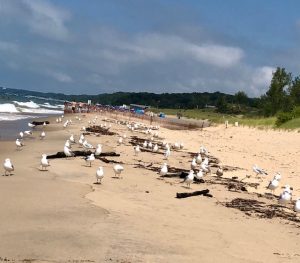 Tomatoes were peak so we ate pounds of them, in salads, ratatouille, on sandwiches, etc. How many meat markets are National Historic Sites? Drier’s, (aka Union Meat Market) in nearby Three Oaks, is. The shop opened in 1875; has a pre-Civil War front and sells indescribably delicious liverwurst, ring baloney, hams and bacon as well as condiments such as their special mustard. 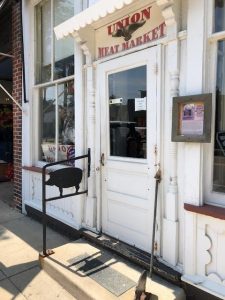 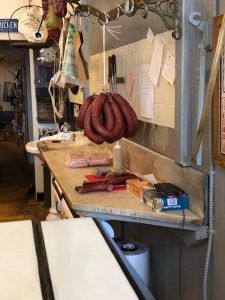 One evening we drove to the Indiana Dunes State Park, walking along a trail to a platform jutting over a wetland. Several avid bird watchers were there pointing out a goldfinch and sandhill cranes overhead; wood ducks and herons in the water.

My visit included two evening power failures due to heavy rain. My host was prepared with an assortment of lanterns and headlights so it was fun (for me); not so great for her as her road partly washed out and a large tree fell on the forest trail to the beach. 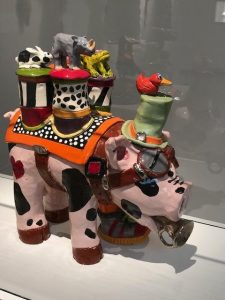 Lake Two was Erie. Buffalo is at the eastern end of that lake at the head of the Niagara River. There I connected with my older daughter and Bob, her partner, for dinner at the start of Labor Day weekend. Saturday we went to the Burchfield Penny Art Center that displays Burchfield’s works and those of other artists in a stunning space. Among them: ceramicist Bill Stewart whose pig I loved.

We had to skip the Albright-Knox as it’s closed for a massive renovation but spent a little time at the lovely Japanese Garden adjacent to the Historical Museum. After lunch we visited the Martin House, a Frank Lloyd Wright complex built from 1903-1905, which gave rise to renewed feelings of dislike for the man although it’s hard—really impossible—to overlook his work. The house is stunning and uncomfortable with the usual unsittable chairs and sofas facing away from one another rendering conversation impossible but has a large kitchen with clever refrigerated cabinets set into the wall. (If anyone has a range from this period, do contact the house trustees who have been seeking one for some time. www.martinhouse.org

Back in western NYS where my daughter lives, one rainy day was spent making gallons of tomato sauce from the enormous garden. 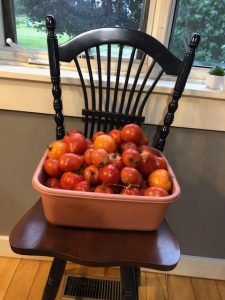 The following day we went to Letchworth State Park stopping at the small, very informative museum and the adorable Glen Iris Inn before viewing two of the three terrific waterfalls. There is kayaking and whitewater rafting, thankfully not on the Genesee River which forms the falls. 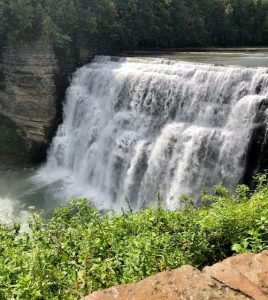 This recipe comes from Bob who has become a true vegan. 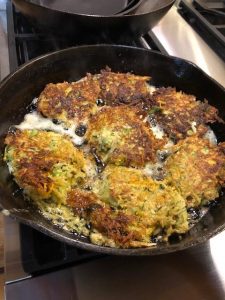 (Note: measurements are approximate. Recipe is very forgiving. If you don’t have these vegetables substitute others although the zucchini is a keeper.)

In large bowl combine vegetables with:

In a cast iron skillet, heat about 2 Tbls. vegetable oil.  Add patties and cook about five minutes on each side or until browned. Serve with applesauce, sour cream or anything else that strikes your fancy.