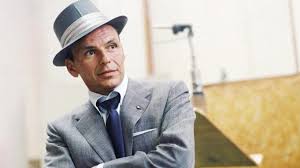 I went there by bus from Port Authority which seems a lot nicer than years back when I was last there.

Hoboken has a split personality: the water’s edge is lined with gigantic, expensive apartment buildings while the actual “downtown” is made up of brownstones. There are lots of flowers in window boxes and on stands.  I found the vibe yuppy to the max, supported by a population of blue collar workers who probably work for the yups, all of whom have babies, dogs or both. 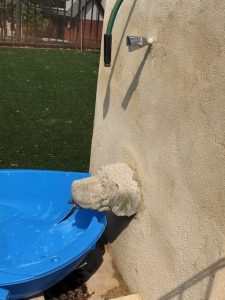 Bagel shops and pizza places predominate the dining scene. The pizza makes sense; after all, Hoboken is the home of Frank Sinatra. (Apparently an Italian population came after an earlier German group.) The bagels, (including one store called O’Bagel), speaks to what Gen Y eats for breakfast—and maybe lunch and dinner. 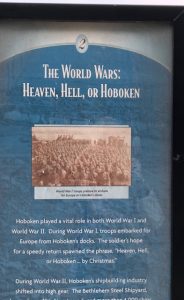 In WWI, the city was a major hub for departing doughboys. General Patton is credited with the motto “Heaven, Hell or Hoboken… by Christmas.” Hoboken is purportedly the home of the waffle cone; Tootsie Rolls made in great quantity during WWII, perhaps to add something tasty to military K-rations and the first recorded game of baseball (take that, Abner Doubleday). During the 1950s, Hoboken’s economy was driven by Todd Shipyards, where many ships were built, as well as  Maxwell House, Lipton Tea, Hostess as in cupcake and Bethlehem Steel.

My friend and I lunched at Elysian Fields where the food is fine but our server, a young man whose name I won’t reveal, was so tall we thought the blood might not be able to reach his head in that he forgot to put our order in and other server errors. 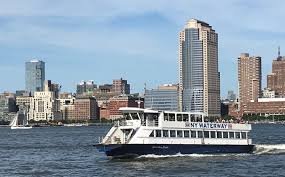 We came home by NY Waterways Ferry where my request at the ticket machine yielded four tickets (I asked for one) but no change. However, when we disembarked, a free bus was there to transport me to the East Side where I hopped a regular Madison Avenue bus uptown. Had we stayed longer, we could have enjoyed a free concert in Frank Sinatra Park but sans old Blue Eyes….

To honor all the Hoboken pizza and pizza eaters, here’s a DIY version. I’ve made pizza a few times and always started by buying the dough. You can top whatever dough you decide on with a good tomato sauce which you can also buy and augment as you see fit—with sausage, more fresh basil, other cheeses and –if you must – pineapple and ham a la Obama. 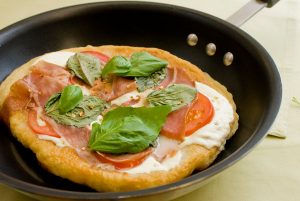 This entry was posted in Uncategorized and tagged bagels, dogs, pizza, Sinatra, To honor all the Hoboken pizza and pizza eaters. Bookmark the permalink.