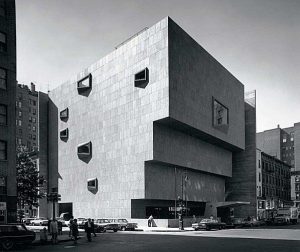 Since it opened in 1963 I have disliked the building I still refer to as the Whitney Museum but is more correctly known as the Breuer after architect Marcel Breuer who designed it. Large, overbearing, and apparently a huge drain on the already-precarious Metropolitan Museum of Art resources, (the Met was the tenant between the Whitney and today), the Brutalist building has an almost “I dare you to enter quality.” (It did have a lovely if tremendously overpriced restaurant downstairs but that’s another story.)

Now The Frick has moved its collection to the Breuer while the Frick itself, originally home of robber baron Henry Clay Frick, undergoes a multi-year renovation. 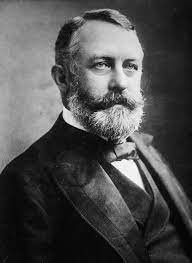 The collection appears entirely fresh with paintings, sculpture, carpets, porcelain and furniture set off by plain gray-blue walls so the art looks very different from when items were grouped together. In the ‘old’ Frick both groupings and architecture often fought with the works producing an odd tension. At the Frick Madison, as is it being called, (but we New Yorkers won’t do that just as we don’t call it the Avenue of the Americas preferring old-style Sixth Avenue), there is nothing to distract the eye.  It doesn’t hurt that entrance is by timed ticket only so, although the space is far from empty, there aren’t overwhelming crowds. There is phone-linked ‘commentary’ courtesy of Bloomberg which is not a cinch to use but once worked out with the help of a guard has interesting narrations by Xavier F. Salomon, Deputy Director, and Curator, Aimee Ng. (Minor aside: if you never watched Salomon and Ng on the Frick YouTube series, Cocktails with a Curator, head right over there: https://www.frick.org/interact/miniseries/cocktails_curator)

What’s on view is a “gathering of highlights from the Frick’s permanent collection outside the domestic setting of the Gilded Age mansion,” with works organized chronologically and by region. Now a member, I plan to return often.

I considered a recipe for Oh Henry bars or one from Frick’s Meats, in business since 1896, but opted instead for drinks from Salomon’s presentation of The Polish Rider, a painting by Rembrandt on view. The complementary cocktail is the Szarlotka made with Żubrówka (vodka infused with bison grass). Here’s the recipe: 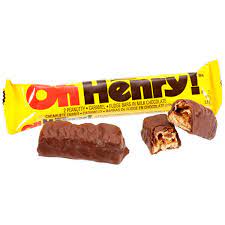 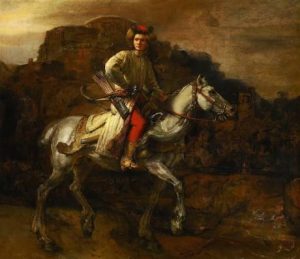 And here’s the mocktail presented for the under 21 set:

No measurements provided but a little cinnamon goes a long way.  The Polish version of cheers! Is Na Zdrowie! (Nah zdrov-e-yay).  Na Zdrowie to the Frick Madison!

This entry was posted in Uncategorized and tagged apple, art, Frick, vodka. Bookmark the permalink.