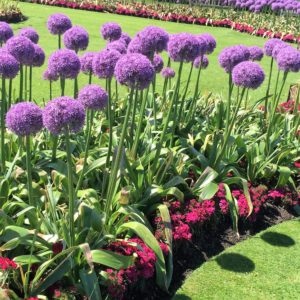 From London I took the train to Kew, site of the famed Royal Botanical Gardens. After a very short walk I joined the queue at Kew which took about ten minutes to get to the ticket seller.

My visit coincided with a hot spell in London so the world had come to Kew including numerous school groups, each group  with kids in identical clothing making it easier for the  keepers to be sure they left with the same number of small people they arrived with.

More than just a pretty face, Kew Gardens has more than 30,000 kinds of plants and zillions of preserved specimens. It comprises 300 acres; has its own police force and includes the herbarium containing more than seven million preserved plant specimens. 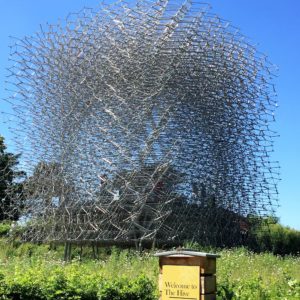 Another structure, The Hive, is a large, modern, metal honey-comb-shaped structure. At the bottom are poles into which one sticks a long “toothpick” to hear bee sounds including tootling and quaking (news to me—I thought bees buzzed.)  Walking further into the park are many places to eat. At noon despite the heat, easily eighty-five degrees, people were happily tucking into shepherd’s pie and the like. For me, the idea of cold water and a salad was more than I could manage.

Kew Palace, off to one side of the grounds is where King George III was, um, sequestered when one of his fits of madness came upon him. His strange behavior, (today thought to have 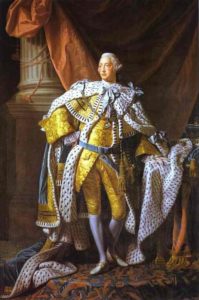 been  because he was bipolar), began in 1788 and had more than a little to do with his letting go of the colonies. Among the treatments used in attempts to restore his sanity were freezing cold baths in a separate building called the Royal Kitchens—more like the Royal Freezer. The palace entrance is manned by young women in period costume who search your bag and beg for donations. Inside the doll house is worth a look; the paintings are in such dim light they are hard to see. 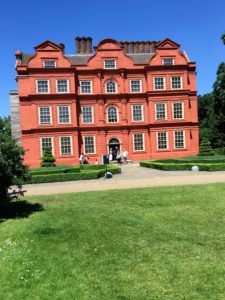 After two and a half hours in the heat and sun I bid Kew Gardens farewell and walked into the cute village where I had a lovely lunch of Scottish oysters and white wine at Ma Cuisine. After a brief shoe buying spree (Kew shoe?) I returned to London.

The Georgian (Hanoverian) period featured large, heavy meals. Some scholars note that wealthy Georgians had weight problems—no surprise as butter, cream and sugar feature in many recipes. This, for Lemon Syllabub, is a lovely dessert (or pudding if you’re a Brit) that is a cousin of our lemon mousse. 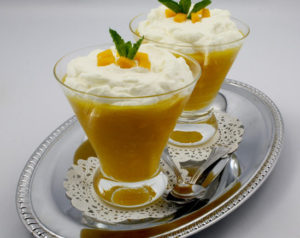 4 small glasses to serve this in.

Zest half the peel of the lemon and squeeze the juice.  Place the apple juice, grated peel, lemon juice and sugar in bowl and soak for 30 minutes.

Whip the cream until semi-stiff, adding apple mixture gradually. Wash and remove the stalks from the strawberries and cut them into large  pieces

Chill in the fridge. Serve the same day with something regal like Champagne, okay?

This entry was posted in Uncategorized and tagged KingGeorge, lemon, London, plants. Bookmark the permalink.