Thanks to cousins who own a house on the shores of Chautauqua Lake in Western NY, I had a chance to visit.  The Chautauqua Institution, (always referred to as “the Institution”  with echos of One Flew Over the Cuckoo’s Nest, although it’s not remotely similar),  is a few miles up the road. Originally called the Chautauqua Lake Sunday School Assembly, the Institution was founded in 1874 as an educational experiment in out-of-school vacation learning–with a heavy Methodist overlay. Today, about 7500 people visit during the nine week summer season attending readings, talks, opera, dance, concerts, and other programs.

We went to a talk by writer Lily King describing how she put together her book, Euphoria, 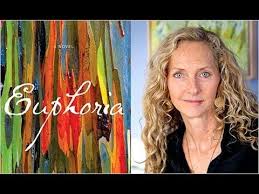 a novel loosely based on the life of Margaret Mead. (If you haven’t read it, run, do not walk.) King is in her early 50s with long, blonde ringlets and a joyful, unaffected manner. It had been a while since I read the book– re-reading it was even better. FYI, the Chautauqua book club, more formally known as the Chautauqua Literary and Scientific Circle, began in 1878 making it the oldest continually operating American book group.

The Mikado was playing one evening, a version larded with Chautauqua- specific jokes and references. We went to see it performed in a very old, rather majestic theater.  Another night, my hostess and I heard the Music School Festival Orchestra play a work by Richard Strauss, (yes, the waltz king but this was a tone poem with a title that translates as Alpine Symphony), accompanied by glorious nature photographs projected on three huge screens. Lots of mountains and snow with some bees, animals and plants thrown in as well as views of the planet.

Culture aside, one of my personal highlights was kayaking. Fortunately, the family vessel is very untippable. There I was, paddling along when suddenly the Sheriff’s boat appeared, 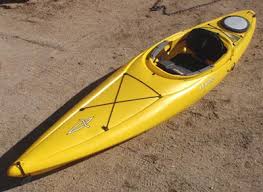 inquiring via loud- hailer if I had a life vest with me. I didn’t but was close enough to the dock to pull in. Lesson learned.

We ate very well enjoying the bounties of the season. One night my cousin Susie casually produced a cherry pie; this is her recipe. 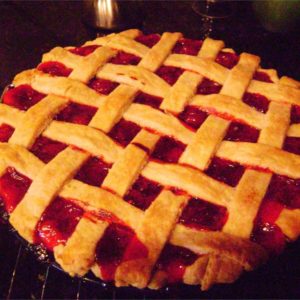 1 and 1/2 pounds (roughly 6 cups) sour cherries. Use frozen which takes care of the pitting. Squeeze out some of the moisture.

Dust bottom of unbaked pie shell (Pillsbury with no shame) with corn starch or flour and add cherries. Sprinkle 1 1/2 fresh lemon juice on cherries and about 2 tsp. sugar. Dot with butter.

Top with lattice crust (you can undoubtedly find a “how to” for this on YouTube.). Brush top with egg white.

Serve with ice cream, crème fraiche or nothing. It’s delicious at dinner and accompanies a cup of breakfast coffee nicely.

This entry was posted in Uncategorized and tagged kayak, lake, Mikado, pie. Bookmark the permalink.