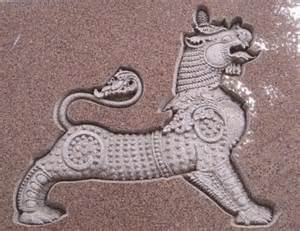 The current exhibition at the Asia Society  is The Artful Recluse, which I visited with some Vassar classmates.  It was way beyond an ordinary viewing as one classmate owns several items in the exhibit and provided a very informative commentary on all the material. The items on view include hanging and hand scrolls, a few breathtaking pots, and poems written in exquisite calligraphy

Being a recluse in seventeenth century China wasn’t simple.

A recluse in the wilds

Many factors, including weird weather, uprisings, highly corrupt eunuchs at court and threats to the national border led to the collapse of the Ming dynasty. (Is it only me who finds  echoes of our society minus the eunuchs?)  Then came the nasty Manchus who established the Qing dynasty.  As a result of the upheaval, many of China’s highly educated elite, known as the literati, highly accomplished poets, calligraphers and painters, felt threatened.  As a result, some took –literally—to the hills.  One painter/recluse went to such extremes that during the twenty years when his family was dying of starvation he refused to leave his house.

I would have made a terrible recluse as the very idea of living alone in the mountains gives me a panic attack.  True, the recluses described in the exhibition were often surrounded by family and/or servants so their every need was met. I am simply not that good a loner.

Afterwards, we had lunch in the Asia Society’s lovely Garden Court Café where the food is as mannered as the works of art and each plate is beautifully composed.

Even the tea, be it hot or iced, is a far cry from English Breakfast (or, my house blend, Lipton.)  If you need a dash of retail therapy, the Asia Store has gorgeous jackets and scarves, terrific jewelry and an impressive array of books.

This recipe is a million miles from anything at the Garden Court Café, as it’s closer

to what’s served in an average Chinese restaurant. However, it’s easy and very

forgiving, allowing you to use any veggies you like. Even if you stick to broccoli

and carrots the end game will be delicious. And you don’t have to eat it alone, 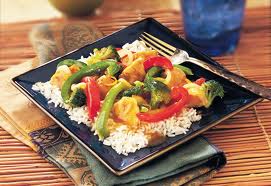 This entry was posted in Uncategorized and tagged Asia, Chinse, tea. Bookmark the permalink.