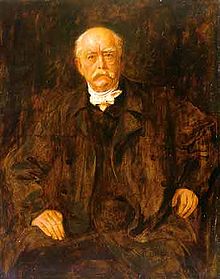 “Laws are like sausages in that you should never see them being made.” This quote has long been attributed to Otto Von Bismarck but was actually said by one John Godfrey Saxe in 1869. (What did we ever do before the Internet?)

Regardless of who said what, sausages are one of my favorite foods. We recently went to Burdick’s, a great restaurant in Walpole, NH (said, a tad snidely by some, to be the only good restaurant in the entire state), where my husband had an entrée of pancetta and rabbit sausage that was a ten. 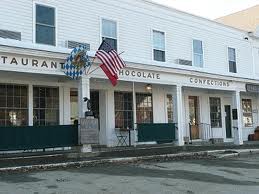 Vaguely French, it was both soothing and slightly spicy and entirely delicious. However you slice it, sausage involves taking bits and pieces, grinding them together, adding spices and stuffing the whole thing into some form of casing, originally the cleaned intestines of an animal. Homer mentions a kind of sausage so we know the dish has  been around for a long time. Sausage can be cooked, smoked, dried or fresh and there are types particular to almost every country in the world. Slim Jims, beef jerky and hot dogs all count in the sausage lineup.

Sausage can be made from game, poultry, beef, pork, lamb or just vegetables, usually by combining several ingredients. Haggis, a traditional Scottish dish, is  basically a sausage and always served at a Robert Burns’ supper in homage to Burns’ poem, ‘Address to a Haggis.’  that he wrote in 1787. 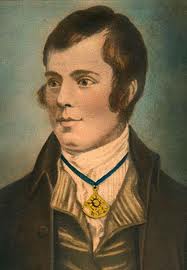 Haggis contains various sheep’s organs chopped very fine and mixed with onion, oatmeal, suet, spices, and stock, classically encased in the animal’s stomach and simmered for hours. It’s traditionally served with ‘neaps and tatties’, i.e., mashed turnips and potatoes, as well as a ‘dram’ of Scotch whiskey. If anyone out there knows where I could taste it, please let me know.  I bet the idea of haggis makes many people gag but I’d like to sample it.

Making sausage is a task I leave to the professionals but cooking and serving it is quite a different thing. This recipe is courtesy of a Vermont neighbor who got it from Bon Appetit. 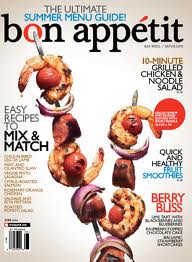 Whisk oil, garlic, thyme, paprika, vinegar, salt, black and red pepper in med. Bowl. Transfer half of this “glaze” to another small bowl.

Alternately thread skewers with shrimp, sausage, tomato, onion in that order. (You can do everything up to this point well ahead. Cover and chill in the fridge until you are ready to move forward.)

Coat the grill rack with non-stick spray. Use medum high heat. Brush skewers with glaze. Grill until shrimp are opaque in the center, about 6-8 minutes brushing often with glaze.

Cook’s note: this can be made in the broiler as well. If cooking on an outdoor grill, it’s a good idea to use a small mesh grid underneath as the onions tend to slip off the skewers and the grid will catch them.