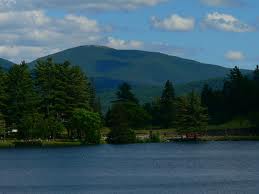 Lake Placid from our hotel window

The “Great Camps” of the Adirondacks started as simple tents and morphed into summer homes for the wealthy. By the 1800s, many camps had evolved into large groups of cottages and a main house, where people relaxed, enjoyed the wilderness and entertained.  The camps were often built on large pieces of land and were incredibly luxurious. Many were discriminatory, especially to Jews so that wealthy Jewish businessmen ended up building own, large, luxurious camps. Today, some camps live on as resorts.

While in Lake Placid, we had dinner at the Lake Placid Lodge, built as a camp by a German family in 1882 and held privately until 1946. Locating it is a little challenging because there are no signs (in keeping with the uber low-key nature of the place) and it was pitch dark until we got to the main building. 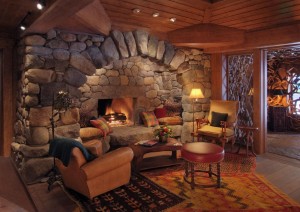 The Lodge is built in the Adirondack style which is loosely designed after the British Arts and Crafts style. The Lake Placid Lodge’s restaurant, Artesans, is in the Main Building that was entirely rebuilt after a big fire in 2005. The whole place is stunning but don’t bother bringing kids under age twelve because they aren’t welcome. The fabrics are faded just the right amount; the twig touches are chic rather than woodsy and the service is impeccable. I could live in one of the restrooms—a huge space with trout stenciled on one of the board and batten walls, an oriental rug and a sunken sink with an  Adirondacky wood surround. The dining room tables and chairs were made by a local craftsman and manage to capture the “twig” look in high style. 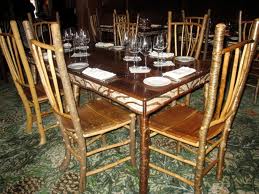 And then there was the food, a far cry from camp fare. Although I passed on the Kurobuta pork belly which our friends had and pronounced wonderful, I had seared swordfish with a lemon and English pea risotto that was the best piece of sword I’ve ever eaten, preceded by a salad of radicchio and endive with celery root, blue cheese, local apples and a maple vinaigrette and followed by a Financier, (more on this later), served with mixed berries, honey butter ice cream and a raspberry coulis. The price, including a fine bottle of Sancerre that our friends told us was the favored wine of Ernest Hemmingway  was not out-of-sight expensive.

Another day we visited the Whiteface Lodge that appears to have been there for at least a hundred years. Surprise! It was built six years ago (genteel aging seems to be an Adirondack skill, at least in terms of buildings). It’s darker and more massive than the Lake P Lodge but also stunning. 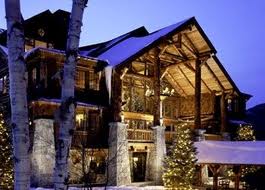 Front of the Whiteface Lodge 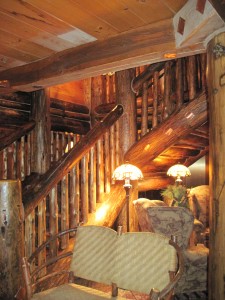 Accommodations at both places look wonderful, albeit pricey.

A financier is a small French “teacake” that usually contains almond flour, crushed or ground almonds, or almond flavoring. Financiers are often baked in 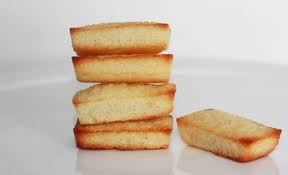 shaped molds which may be how they got their name. One theory is that the mold looks like a gold bar; the other position is that the cake became popular in the Paris financial district.

Thought I’d include a Financier recipe, right? Not so fast. It’s something I’d probably never make. Instead, here’s a relish I often put on swordfish in the summer when it’s cooked on the grill. 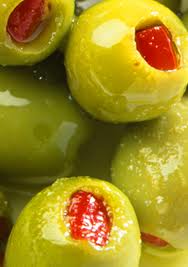 1 small garlic clove, minced and mashed to a paste with a pinch of salt

Put olives in food processor, chop fine. Add other ingredients and pulse until everything is minced. Serve the swordfish topped with the relish or pass at the table.