Utica Starts with You!

This post is in memory of a very dear friend who died last Sunday. He is deeply missed.

Utica is in the part of New York State filled with classically named cities: Rome, Troy Ithaca and Syracuse, among others. The tenth biggest city in the state, Utica lies in the Mohawk Valley midway between Buffalo and NYC. After the Erie Canal arrived in 1825 Utica officially became a city.

Today despite a slew of buildings on the National Registry of Historic Places, I can’t think of a reason to visit Utica except for the fabulous Munson-Williams-Proctor Arts Institute.  Located in a building designed by Phillip Johnson, the institute is linked to Fountain Elms, home of the Williams Family and is now a ‘house museum’ exhibiting (largely) decorative arts. The whole arts institute derives from the Munsons, Williams and Proctors, three generations of a Utica family.  The money behind the whole shebang came from textiles, coal mining, canal development and railroad/steamship transportation. Helen Elizabeth Munson Williams, (1824-94), described as a “shrewd investor” started the collection. Today the institute offers classes, workshops for all ages, tours and community education. 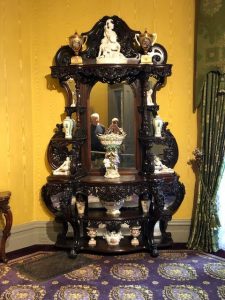 The permanent collection is nothing short of dazzling encompassing 18th through 21st century paintings; stoneware, sculpture, textiles and a great deal more. In the lobby there is a spectacular Jackson Pollack from 1949. 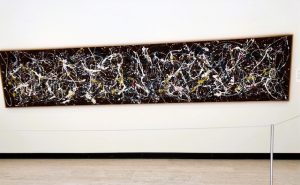 Pollack in the lobby

The collection has such breadth and quality it’s impossible to describe so here’s a link: http://collections.mwpai.org/objects/images

The following day we escaped the madhouse that is today’s Saratoga Springs to drive to Glens Falls for the just–reopened Hyde Collection. The core collection includes works by Rembrandt, Rubens, Seurat, Picasso, Renoir and American artists Thomas Eakins, Childe Hassam, Winslow Homer, and James McNeill Whistler. There are modern works by Albers, Gottlieb, Kelly, LeWitt, Motherwell, Rauschenberg and others.  I was particularly knocked out by Steve Roden’s The Silent World and a work by Myron Stout. 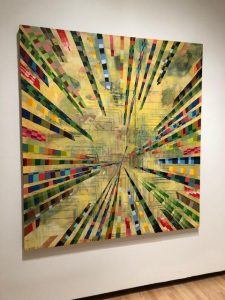 For an additional artistic touch, here is the recipe for Ansel Adams’s Poached Eggs in Beer from The Photographer’s Cookbook 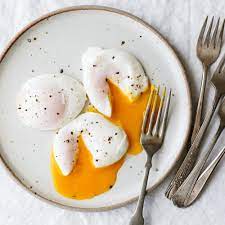 1) Melt butter in microwave oven, but do not allow to brown. Add (a dash of mixed spices) and sherry.

2) In a small bowl, microwave malt or ale with ¼ teaspoon salt just to the boiling point. Carefully slide eggs into this hot liquid, cover with paper plate or glass bowl (to retain thermal heat), and cook as desired in microwave. (See note below on microwave cooking.)

3) While eggs are cooking in microwave, make two pieces of toast. Spread part of the butter-spice mix over the toast.

4) Serve eggs on the toast, and pour over the rest of the butter-spice mix. Add a dash of paprika.

I find that 1 egg in the hot ale or malt takes about 1 minute to cook, 2 eggs about 2 minutes (this note from curator Lisa Hostetler at the George Eastman Museum, Rochester, NY)

This sounds like a breakfast or brunch dish. Depending on the weather, how about tea or coffee, hot or iced? If you want to get really artsy, try an absinthe cocktail https://www.thespruceeats.com/absinthe-cocktail-recipe-759567 as absinthe was drunk by many writers and the subject of many paintings.  Widely banned in the early 1900s, it no longer contains wormwood, popularly thought to make drinkers go mad, blind or both. Pernod and other anise-flavored beverages are often served in lieu of absinthe but the thought of this alongside poached eggs is unappealing.  Maybe just hum a few bars of Mona Lisa a la Nat King Cole…