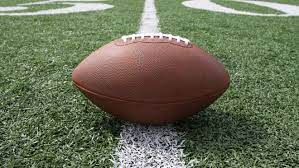 To say that both the Brown and Columbia football teams are inept is an understatement. On Saturday I went to the game at Columbia’s Baker Stadium with a friend although we left slightly before halftime when lightening crackled. (At that point Brown was ahead 7-0. When play resumed they lost—by a lot.) The whole experience was so far removed from my previous involvement with college football it was like a time warp.

Back story: many of the men in my family —father, uncle, cousin– went to Princeton. All of them cherished college life.  Going to a Princeton football game was a sacred ritual; it didn’t matter if it was raining or snowing, we went. Once, in the stands with our fathers, freezing from an onslaught of wet snow, my cousin and I, (both in our very early teens), begged for the car keys. Finally, one of the men tossed them to us; we finally found the car in one of the large lots, opened it and huddled in the cold back seat until the game was over and our fathers returned. No one discussed our near hypothermia; the game was what counted. I still know the words to all the Ivy college football school songs from Going Back to Nassau Hall to Roar Lion Roar.

Today’s football experience was different. I missed the bands– Columbia’s band was –literally–disbanded a few years ago and Brown’s didn’t come to New York. 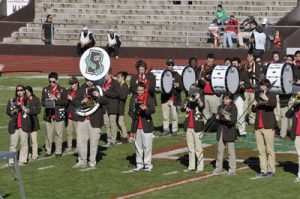 Instead of college songs there was piped-in, contemporary music. Before the game the senior Columbia players were introduced with reference to their home towns and majors (several are in Sustainable Development, a field I never heard of before but apparently it equips one to join the military or work for a company that wants to operate in a way that reduces strain on the environment.)

Farewell to an actual Columbia lion; instead, there was a huge blue and white lion-esque blowup which the Columbia players ran through to get onto the field. Although my friend went to Brown, we sat on the Columbia side because only there can you secure a ticket for a seat with a back.  There are cheerleaders, mostly women with a few men, but as yet women refs haven’t hit the Ivies. 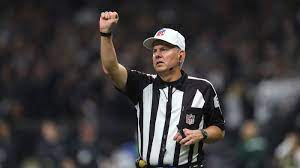 Regardless of the changes, the day was a lot of fun. The world has moved on and with it college football.

Here is a recipe with a focus on brown: Bring brown sugar, butter, and milk to a gentle boil and cook until thickened, 1 to 2 minutes. Remove from heat; add vanilla extract.

Serve over gingerbread, bread pudding, ice cream or anything else as it would enliven a sponge. Listen to the Brown Band play a few Brown songs: https://www.youtube.com/watch?v=Vcr6rrl23YI

This entry was posted in Uncategorized and tagged butter, caramel, football. Bookmark the permalink.