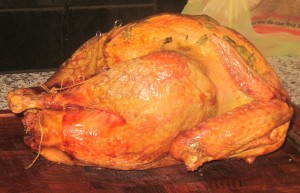 Now that you’ve enjoyed your turkey, cranberry sauce, pumpkin pie etc., the truth is  that most of the Thanksgiving story is a myth.  All the facts aren’t known but these are some: in 1621,  ninety Wampanoag Indians (not yet known as native Americans) and fifty-two English colonists (not yet known as Pilgrims) gathered for a ceremony many times removed from “Thanksgiving” which then meant the literal giving of thanks, something the Wampanoags did daily. None of the foods we associate with the holiday were on the menu which historians haven’t yet figured out but “pumpkin” could have been squash and “turkey” local waterfowl. It took the 19th century editor of Godey’s Ladies Book, Sarah Josepha Hale,  to morph the original get-together into the idealized holiday feast.  Don’t stress comparing the merits of oyster, cornbread or sausage stuffing– the first Thanksgiving was harsh but the colonists were probably overjoyed to have survived. 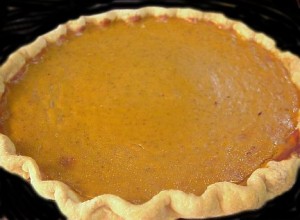 A friend’s family used to eat lobster for their Thanksgiving dinner because they liked it so much–score one for a personal holiday tradition. My family sticks to the standard American plan: turkey with stuffing that varies with the chef, sweet potatoes and sometimes mashed as well, vegetables, cranberry sauce (I insist on making the raw version with a naval orange and far less sugar than the Ocean Spray people used to suggest and wonder every year why I don’t make it more often) and desserts including pumpkin pie. That’s Thanksgiving One. Then most of us gather at our house in Southern Vermont for Thanksgiving Two. Since we’ve been smothered in turkey for several days and still have leftovers,  at the Two meal this year I’m serving pasticcio, sometimes called Greek lasagna. Years ago, the man who cut my hair spent a day in my kitchen, teaching me to make  the Greek classics mousakka and pasticcio. Both use lots of pots and pans although this streamlined version is a little more sparing of the cook.

Cook pasta and drain.  Meanwhile, in a large saucepan cook lamb and beef together breaking it apart with a spoon until meat is cooked through (no longer pink.) Add onions and cook stirring once in a while until they are translucent.  Drain fat and add wine. Cook about five minutes. Heat oven to 375 degrees.

Stir in tomato paste, cinnamon and 2 cups water. Simmer stirring every now and again until it’s thickened (about 15 minutes.) Season with salt and pepper.

While mixture simmers, make Bechamel Sauce: in medium saucepan melt butter over medium heat. Whisk in flour until it’s incorporated, then in a slow stream, whisk in milk until there are no lumps.  Cook whisking until the sauce is thick and bubbly and coats the back of a wooden spoon. Stir in cayenne and Parmesan.

Combine the pasta with the meat mixture and transfer it all to a 9 x 13″ baking pan. Pour the Bechamel Sauce over the top, smoothing it level. Bake until some spots brown, roughly 30-40 minutes.  Remove from oven and let sit 15 minutes for easier serving. Happy post-Thanksgiving!