Stepping Back in Time

On Memorial Day weekend I visited family in the Boston area. Saturday, in  an on- and- off downpour, we went to the Museum of Fine Arts, primarily to see the Turner show. Organized by the Tate Britain in London, the show goes way beyond typical Turners of sea and sky. In Turner’s Modern World, the artist delves into war and independence, slavery and technological innovations of the era. There is an interesting video of a contemporary 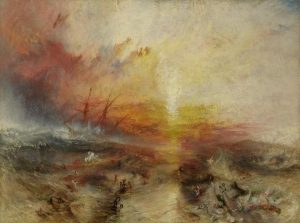 A Turner at the MFA

watercolor artist ‘reproducing’ a Turner. It’s a lovely show with an unusual point of view. Applause to my family who aren’t major museum-goers but very kindly accommodated me. 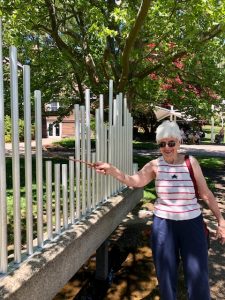 The next day I joined a former Vassar suitemate (meaning singles or doubles with a shared ‘living room’–nothing fancy) for a trip to the Decordova Sculpture Park and Museum in Lincoln, MA. The museum, housed in a huge house with an open roof, is eminently skippable but the sculpture garden is terrific. Thirty beautifully landscaped acres include some of the most beautiful trees anywhere. Walking around the park visitors (many with kids and dogs) come upon works by Sol LeWitt, Paul Matisse and Andy Goldsworthy. I thought the piece by Jim Dine the best of the lot. 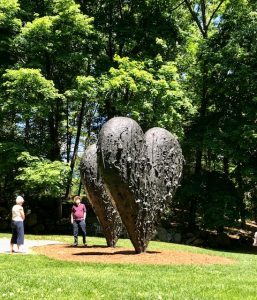 There is an excellent gift shop and a café. While I might not make a special trip to Lincoln for the Decordova, if you’re in the area it’s well worth the time.

That afternoon back at my friend’s home in Newton, MA, we watched the Memorial Day parade, a town tradition that has been on hiatus like most events, for the last two years. The parade featured (small) marching bands, clowns and stilt walkers of yore, lots of military and first responder floats and trucks and, in a nod to diversity, Chinese dragons and a brilliant 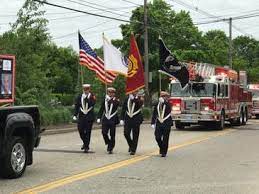 With so much outdoorsy stuff going on, this is a picnic recipe from New York Times’ food writer Mark Bittman. He has never failed me. 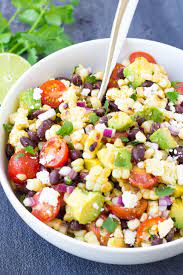 ½ cup chopped fresh mint leaves (I’d sub in parsley as I’m not a fan of mint in salads but suit yourself.

Put the corn, tomatoes, cheese and mint (or parsley) in a medium bowl. Drizzle with the olive oil and toss to coat.

This is a great—and incredibly easy—side dish that goes with almost anything. Drink beer, soft drinks, iced tea, white or rose wine and give a few minutes thought to all those who have lost their lives defending our country. Then think about the January 6th event and subsequent hearings and do something—phone bank, write letters or postcards, canvass, give money… anything but don’t leave it up to others. It’s our democracy at stake folks. Get in the game.

This entry was posted in Uncategorized and tagged corn, parade, sculpture. Bookmark the permalink.