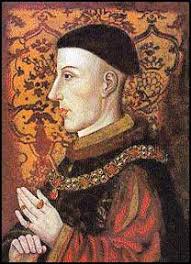 V that is. The Mobile Unit of The Public Theater presented this wonderful play at St. Paul’s Chapel in lower Manhattan last week.  The venue is lovely but demands a lot from the very engaging actors –it’s theater “in the square” so backs often face the audience requiring great projection; there is no lighting other than that of the Chapel itself, and costumes are  minimal but more than adequate such as sashes and crowns. 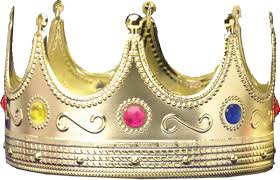 The production had much effective swash and buckle with a color/gender-blind cast. Carolyn Ketting as Katharine of France was particularly noteworthy and charming in the “we don’t speak the same language” scene, as was Joe Tapper as the French King and Queen and Michael Bradley Cohen as the Dauphin and other parts.  Obviously, there was plenty of doubling which was typical of how it worked in Shakespeare’s day. If I had a quibble, it would be with Zenzi Williams who played Henry; that she’s female didn’t matter a bit but that she tended to shriek did. Lines like the St. Crispin’s Day speech and “once more unto the breech” deserve great acting.  Mr. Cohen also “choreographed” the fights and did it well conveying the energy and force of opposing armies in a stylized manner that was almost dance-like.  Oscar Eustis, the Public’s Artistic Director, sat nearby; I hope he enjoyed the interactions between cast and audience, with kids handing actors ribbons as they walked onstage.  I certainly did.

See this link to the Mobile Unit of the Public which takes free Shakespeare to prisons and correctional facilities, shelters and other venues. (I know they’d be thrilled with contributions.)

Joe Papp, one of my heroes, began the Public;  founded Shakespeare in the Park; helped preserve many theaters as historic landmarks and produced, among other works, Hair and A Chorus Line. Bravo for a theater guy for the ages.

This is the shaggy-dog provenance of the following recipe. When I couldn’t find a Shakespeare-related one with appeal, I tried to play on “Henry.” Problem is there’s nothing but the candy bar. So….to a restaurant in upper Manhattan called Henry’s 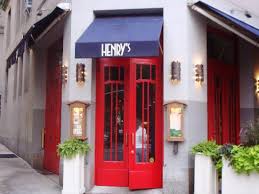 where I’ve eaten. Among their offerings is a tuna salad nicoise which I make at home. This version comes via the Food Network.

In a large bowl, add tuna, reserving the olive oil in a separate small bowl. Break tuna into bite-size pieces with a large fork. Add the beans and capers. Into the bowl of olive oil, add the red wine vinegar. You should have 1 part vinegar to 2 parts oil – add more extra-virgin olive oil if necessary. Season with salt and pepper. Pour dressing on the tuna, bean and caper mixture and allow the flavors to infuse while slicing the vegetables. Add the onion and tomatoes to tuna mixture and toss gently.

Place the arugula on large decorative platter and top with tuna mixture. Tear fresh basil leaves over the top and serve.

Henry would have quaffed ale. Choose your poison.

This entry was posted in Uncategorized and tagged Henry, salad, Shakespeare, tuna. Bookmark the permalink.