Back to Wonderful Vermont 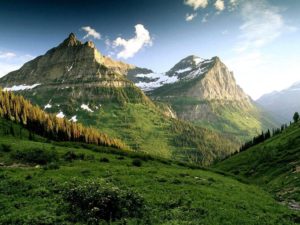 To paraphrase Garrison Keillor, it’s been a not- so- quiet few weeks in Manchester, VT where I rented a house. The place is incredibly comfortable but has the look of “designed by the cat, built by Grandma”—eight chairs where four would suffice, thousands of throw pillows, multiple cabinets of knick-knacks. However, the hot water is plentiful, the location great and everything functions– putting away some of the stuff and adding fresh flowers has done a lot.

Caught the last few concerts at the Manchester Music Festival including the final Young Artists offering. 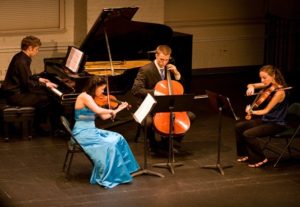 The program is a full scholarship, six-week intensive chamber music offering for string players and pianists, ages 18-26.  These young musicians are truly world class. The second concert I went to, an Evening at the Opera, was marred by a screechy, overly mannered soprano and a bass with clenched diction. On the plus side, the other soprano was excellent as was the magnificent tenor, Gerard Schneider, who sang brilliantly even though scuttlebutt had it he was getting over food poisoning.

One night at the wonderful Northshire Bookstore, filmmaker Jay Craven talked about  of writer Howard Frank Mosher and screened the film he (Jay) made, Where the Rivers Flow North starring Rip Torn, playing a logger, and Tantoo Cardinal, a native American playing Torn’s live-in companion, Bangor. Michael J. Fox had a small role as well. The picture, made in 1993, is set in 1927 in Vermont’s Northeast Kingdom. The story revolves around a big company that wants to flood the land belonging to Torn’s character to build a dam—overall, it’s beautiful and very moving. Craven told some hilarious anecdotes about working with Torn who gives a fine performance but sounds like he was a bit challenging to work with. 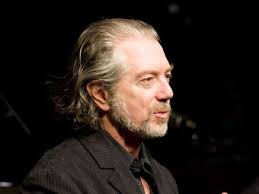 A writing workshop, watercolor lesson, several hikes including one  not- quite- to Lye Brook Falls,  and many visits to Farmer’s Markets have added to the fun as have delightful guests.   At the Dorset Farmer’s Market I bought potatoes from farmers I’ve shopped from for years. They grow several varieties;  I especially like the German Butterball, a small, light skinned potato that is perfect for this: 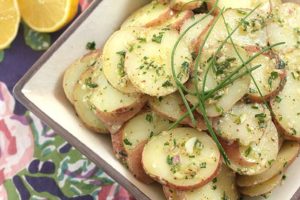 Scrub potatoes and drop into pot of enough salted boiling water to cover. Boil until tender when stuck with point of knife. (I steamed because rented house has a steamer. Took about 20 minutes but depends on how small—or large– your potatoes are. I tend to go for smallish ones.)

Cut into ¼ “slices. Place in a single layer in shallow dish. Pour the wine over the warm slices and toss very gently. Set aside so they absorb the wine. (Note: The recipe says do this and wait several hours before adding dressing. I added it right away and it was just fine.)

Beat vinegar, lemon juice, mustard, salt and pepper in small bowl. Add the oil a bit at a time and whisk until it thickens. Sprinkle green onions over potatoes. Pour dressing over all and add parsley. Serve as a side dish with meat, chicken or what you will. Non-mayo eaters will be thrilled.

You opened wine for the potatoes so just pour and drink up.  When I do, I toast the magnificent mountains of one of my favorite states.

This entry was posted in Uncategorized and tagged library, music, potato, Vermont. Bookmark the permalink.

2 Responses to Back to Wonderful Vermont