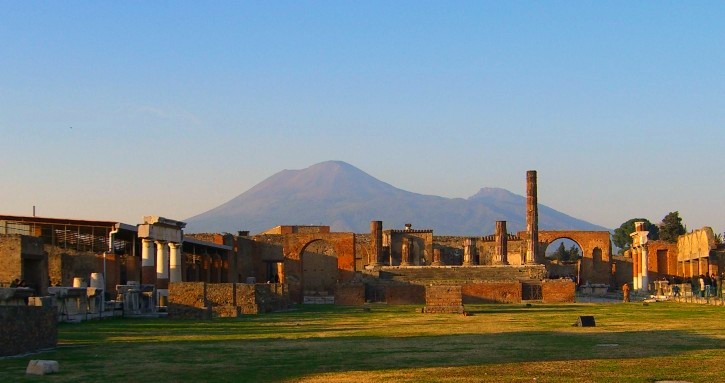 The first P is for Pompeii, a short trip from Naples. I’m  glad I went to Pompeii  before the problems with falling walls and crumbling ruins escalated to where they are now. The site is spectacular, with Vesuvius brooding in the background. In addition to the heralded frescoes ,baths and other evidences of complex plumbing  and erotica, the streets are impressive. The city planners were obviously very sophisticated to have fashioned certain thoroughfares for pedestrian traffic only, by placing large stones at the start of those streets to make it impossible for wagons or chariots to pass. 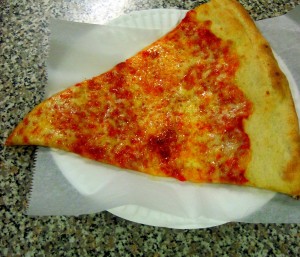 The second P stands for pizza, often said to have originated in Naples. Tomatoes were brought to Europe in the sixteenth century, although they were first thought to be poisonous. Time passed and tomatoes and cheese from the milk of the water buffalo, (as in buffalo mozzarella) were incorporated into the dish.  Pizza Margarita is named for Italy’s Queen Margarita who visited a Neapolitan pizzeria in 1889. In honor of her visit, the pizza maker created a pie with the colors of the Italian flag: red from tomatoes; white from buffala mozzarella and green from fresh basil. In Naples today there are many different kinds of pizza but the Margarita is king. Um, make that Queen.

The third P is for pasta fagiole, a peasant soup I ate at a Naples restaurant and enjoyed so much that I went back another night to eat it again. After eating many bowls of pasta fagiole, much of it thin and too brothy, I finally came up with a recipe that’s both easy and delicious.

2 cups seashell or other small pasta

Sauté pancetta in olive oil until crisp. Unless you are very fat-phobic, leave the fat in the pot. Add onion and celery and stir for about 5 minutes. Stir in sage and black pepper. Add chicken stock, cover and bring to boil. When boiling, add drained beans to soup, cover and simmer 30 minutes.

Separately, cook pasta as directed with the salt in the water. Drain and add to soup. Stir in minced parsley and pass grated Parmesan.  Add more pepper if desired.

This entry was posted in Uncategorized and tagged Italy, pizza, Pompeii. Bookmark the permalink.

4 Responses to Naples with Three P’s