When Mexico is Next to Croatia 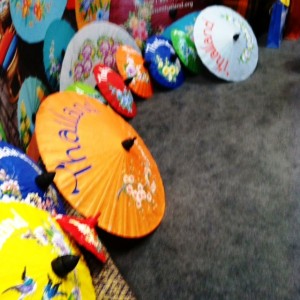 Just back from the New York Times Travel Show which, although not nearly as grand as it used to be, is still interesting. It’s at the Javits Center, a trip of its own–a lot of new apartment buildings have been built nearby or are in the works but currently there’s nowhere in the area to shop, eat or have your dry cleaning done.

I collected info on places I’m going to or at least tried. Oaxaca, MX, coming in February, was not represented at the Mexico area but the rep-in-charge promised some specialized skinny (maybe.) Italy, up in May, had various vendors on hand although nothing for the country as a whole or even specific geographic areas. I grazed destinations on my “let’s think about it” list including South Africa; Prince Edward Island, 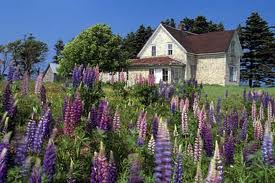 (near yet very far when you try to actually get there); Malta and Croatia. Anyone with a yea or nay on these, I’d love your input.

The seminar on maximizing the travel dollar was reasonably interesting with a few websites and tips I didn’t know. Later, the program by restaurateur Bill Telepan 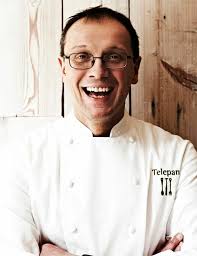 morphed into something about Expo Milan with a panel –I left as it began as did the person next to me, both of us disappointed not to hear the chef expound on his  eponymous restaurant  I’ve eaten there numerous times and always loved it.

Since I can’t replicate the cooking at Telepan, this recipe is something I made recently and adored. Spoiler alert: one of the key ingredients is kale which some loathe as it’s so popular it’s about to turn up as soap (or maybe has.) Don’t be put off by either the healthiness or complications factors: you can eat it ignoring that it’s good for you and it’s really not that difficult. AND, once made, it keeps, undressed for quite a while in the fridge. 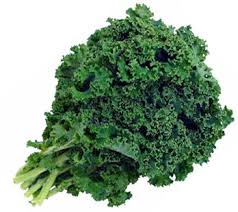 Kale, Cabbage and Brussels Sprouts Chopped Salad (full amount would feed an army. Halve or even quarter amounts for two.)

For the greens:
• 1/2 pound curly kale (about one small bunch, or half of a larger bunch)
• 1 pound Brussels sprouts
• 1 pound green cabbage (about half a medium head or a quarter of a large one)
• 1 tablespoon sugar
• 1 1/2 teaspoons kosher salt
For the dressing:
• 2 tablespoons plus 2 teaspoons red wine vinegar
• 2 teaspoons whole grain mustard
• 1 teaspoon salt
• 1/4 cup dark brown sugar
• 1 tablespoon Worcestershire sauce
• 1 cup olive oil
• 1 tablespoon hazelnut oil, optional
• 1 tablespoon toasted sesame seeds, for assembly
• 2 tablespoons toasted pistachios, for assembly
1. Wash and spin dry the kale, and then cut it, plus the Brussels sprouts and the cabbage, in small squares, about 1/4-inch by 1/4 inch. For the kale, it works best to rib the leaves, roll them into fat cigars a few leaves at a time, then chiffonade them. Keeping the slices together and uniform, turn them 90° counter clockwise and make even slices lengthwise, about a 1/4-inch apart. (The same method works for the cabbage.) I started and it was
2. fussy to just roll and chiffonade kale as best you can. )
3. Halve the Brussels sprouts lengthwise, cut each halve in half, and, with them lying cut-side down on the cutting board, slice them like you would an onion. Don’t stress about technique too much here — the important part is that everything is roughly the same size — if it’s easier for you to just chop and mince like you would a pile of herbs, go ahead and do that.
4. Place all chopped vegetables in a large bowl, add sugar and salt, and massage the greens slightly until they no longer feel raw. This salad will only improve if you do this a few hours ahead of time, but it’s not necessary. (At this point, the salad can sit for up to 2 or 3 days. It will lose water, so drain each time you dress and eat/serve it.)
5. To make the dressing, combine the vinegar, mustard, salt, sugar, and Worcestershire sauce in a blender, and blend until the color lightens and everything is combined. (You can also use a whisk and a strong arm for this.) Slowly stream in the olive oil, and then the hazelnut oil, if using — you’re looking for everything to be thick and emulsified. (This dressing will last for 2 weeks in the fridge.)
6. Add dressing to greens, a few spoonfuls at a time — you want a well-dressed salad but not a soggy one. (Keep in mind you will have leftover dressing, so no need to use it all.) Fold in the sesame seeds and pistachios, and serve.

You could drink something very unhealthy like Diet Coke or  white sangria (my vote) with this and serve as a meal at lunch with bread and cheese or a side salad at any time. Think of it as the gym in a bowl,

This entry was posted in Uncategorized and tagged Brussels sprouts, Italy, kale, Mexico. Bookmark the permalink.

7 Responses to When Mexico is Next to Croatia