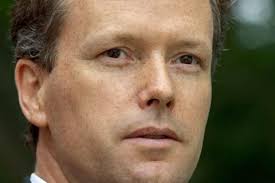 My feelings about the Patrick Melrose novels by Edward St. Aubyn are akin to what I imagine the rabbit feels like waiting for the fox to pounce. These five books are brilliant–painful but terrific, shot through with lancing humor. Since I’d also seen the piece on St. Aubyn in the New York Times, when I learned that St. Aubyn would read at Symphony Space and be interviewed by writer Francine Prose, I couldn’t wait to go.
Not so fast. Turns out the event was sold out but I was told that by arriving early, a ticket might turn up. California Chrome failed me 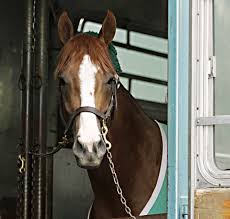 California Chrome, my vote for classy

but Symphony Space did not; I scored a seat on the stage no less, at the side where I could see and hear but didn’t appear part of the gig.

St. Aubyn turned out to be a really terrible interview. His British dry humor and upper classness made many of his responses trail off as though he’d run out of breath. Some answers to Prose’s well-thought through questions amounted to little more than a flat “yes (or more often, “no.” Hats off to Prose for fighting the good fight.) 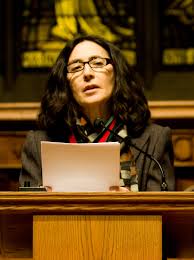 To be fair, excerpts St. Aubyn read from his new book, Lost for Words, were hilarious so even if I don’t grasp every inside- the- British- literary- word allusions, I will read it. (Note: this book is about an invented literary prize–no trauma, no pain.)

Of course books (by both authors) were for sale afterwards and could be autographed. But St. Aubyn put me off him (as a personality, not a literary figure) so much that I couldn’t bring myself to buy his book and certainly didn’t want to ask him to sign it.

Coincidentally, I’m reading This Is the Story of a Happy Marriage by Ann Pachett, a collection of articles she’s written that appeared previously (and not in a league with St. Aubyn’s work.) One piece deals with the horrors of the book tour. My sense is that ultra-reserved St. Aubyn is in the throes of these horrors. Too bad because I’d like to love both his work and his persona but can’t get over how hard he made both Prose and the audience, who were part of the Q- and -A, work.

I have some insight into book tours as during my long stint at a PR agency, I set them up. When giving interviews, authors answer the same questions over and over until they become mechanical but, as Pachett says, it’s better to be asked to tour than not. Selling is part of the job, and in today’s publishing world of tight money, little or nothing is done to help authors.

As a nod to St. Aubyn’s birthplace, this recipe is vaguely related to trifle, that aristo British dessert that is often a revolting mess of whipped cream. This one is easy, pretty and looks like you spent a long time making it. Not so.

In saucepan combine berries (reserving a few for garnish), sugar, lemon zest and Cassis. Bring to simmer. Cook until sugar has dissolved (about 4 minutes), stirring occasionally with wooden spoon, lightly crushing berries to release juices. Remove from heat and transfer to chilled bowl.
Line 3-cup bowl with plastic wrap, leaving a 2” overlap. Cut circle from one slice of bread to fit bottom of bowl. Cut bread slices to line sides of bowl making sure there are no gaps. Press lightly into place.
Spoon berries and juice into bread-lined bowl, cover top with remaining slices cut to fit. Fold plastic wrap over bread and top with small flat plate that fits snugly into bowl. Place a weight on plate, refrigerate overnight.
Unfold plastic wrap from top of pudding and carefully invert bowl onto serving platter. Remove wrapping and garnish pudding with reserved berries.
Serve with crème fraiche, ice cream or whatever.

Whatever would be a typical St. A response if he bothered to respond to your question: “which would you prefer?”  Do not serve with heroin or alcohol, both commodities this author has had plenty of experience with.

This entry was posted in Uncategorized and tagged berries, British, literary, Symphony Space. Bookmark the permalink.