The Roman city of Volubilis, in Morocco near Meknes between Rabat and Fez, blew me away. I’m something of a ruin junkie, so found it embarrassing that I’d never heard of the place. A UNESCO heritage site, Volubilis, devastated by an early 18th century earthquake, lies in a beautiful plain with gently rolling hills.  A great deal of renovation has taken place; more is ongoing and a museum is being built. Currently there is no souvenir shop nor were there very many visitors in early April –great on both counts.

Our guide took us through the Appian Way, so clearly a Roman road with broad stones leading to the mothership, and pointed out a row of shops with signs delineating their use (bakery, wine-seller).

There are several large houses with wonderful mosaics that made me wish for an effort to protect them; exposed to the elements as they are, further damage is inevitable.

Here, in a relatively small city on the outskirts of the Roman Empire, are all the Roman standards: a massive Arch of Caracalla, an aqueduct  that provided water to buildings and flushed away sewage, several temples and a basilica.

Typical of Morocco, there were tensions about restorations made during the era of French colonization. Whatever you think of the Romans, they certainly knew how to design and build.

As bread and beer were features of Roman cuisine, this is recipe for one using the other, courtesy of a friend. No yeast, no rising, just mix and bake–it’s practical, like the Romans. 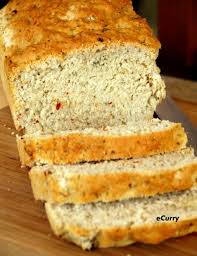 Faith’s Beer Bread
3 cups flour
Add 1 teaspoon of baking powder and ½ teaspoon salt for each cup of flour
¼ cup sugar
1 – 12 oz. can or bottle of beer (each brand of beer gives a slightly different flavor so you’re on your own here.)

Skip the marathon, pass the butter.

This entry was posted in Uncategorized and tagged bread, mosaic, Roman. Bookmark the permalink.