From the Himalayas to the Lower East Side 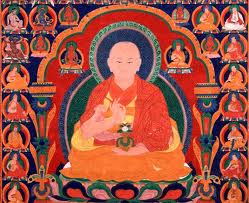 Painting on textile from current show at Rubin Museum

While researching an article on NYC’s off-the beaten path museums and exhibit spaces, I went with a friend to the Rubin Museum.  Housed in what was used to be part of the original Barney’s at 7th Avenue and 17th Street, the museum retained the wonderful six-tier staircase designed by Andree Putman. The collection includes work from Tibet, Mongolia, Bhutan, Myanmar, India, China and parts of Asia. Part of the space’s serenity comes from having relatively few visitors, compared with the throngs in MOMA or the Met. You could spend hours at the Rubin, admiring works from modern India, illuminated Tibetan manuscript pages, a mural sequence from the Dalai Lama’s Secret Temple, a complete shrine-like room with flickering candles and a lot else.

All that eyeballing builds an appetite so later we repaired to painfully chic Cafeteria where the noise factor is extensive and the food not bad. We sat at the bar, admiring the extensive collection of  booze including Aperol, 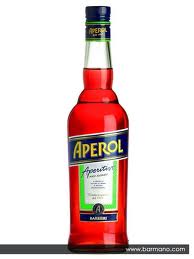 an Italian aperitif very similar to Campari in look and taste but with a lower alcohol content.

Later that day, another friend and I headed to a game of Exquisite Corpse. As I knew EC,  each person writes a name, place or a remark according to the leader’s instructions, folds it over and passes it to the next person and so on. And the end, each player reads a “story.” This version of the game starred five young writers and was hosted by the Times’ former Ethicist, Randy Cohen, who threw out a plot line. The first writer picked it up and added to it for a few minutes and then tossed it to the next person. Most of the writers were very creative until they ran dry and got off on zombies. 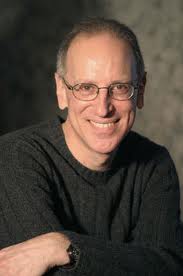 This event took place at the Standard Hotel in the East Village. Too bad that our tickets had directed us to the Standard on the west side where we arrived to blank looks, requiring an expensive cross-town taxi. By the time cocktails and the game were winding down it was late and we were starving. Directed to a restaurant that was closed  for a private party, we ended up at Forcella, which bills itself as “La Pizza Di Napoli”– funny because every pizza I had in Naples was the classic margherita with mozzarella, tomato sauce and basil which wasn’t even on Forcella’s menu that night.  Our Decumani with mozzarella, truffle oil, arugula and pecorino was just fine.

Speaking of cocktails, I think this one will be our signature offering for the summer. 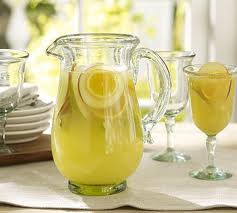 1 bottle of cava (Spanish “champagne.”) You could also use prosecco although it’s more expensive

2 T Grand Marnier or any other orange liqueur

Cut up the orange, skin and all, and muddle (mash) it against the bottom of a large pitcher. Pour the cava and Grand Marnier into the pitcher and gently stir—you don’t want to remove the bubbles! Pour the end result into ice filled glasses. If you wish, add a little fruit.

4 Responses to From the Himalayas to the Lower East Side