Little did I think there would be a connection between Gender in Modern Jewish History, via Zoom (what else?), at Hunter College, and a whirling butterfly cat toy.

Gender is the course I’m currently taking, following two others since the world stopped; however, it’s the least enthralling. The professor is very young and hasn’t quite found his stride. So far—three classes in—he has mostly lectured, throwing names and dates at us while referencing maps  from other eras with place names in ancient languages. Nice guy but needs a little seasoning.

In March, Narrative Medicine connected films and written work with  aspects of the healing sciences drawing on WIT, the play in which the protagonist is a John Donne scholar; Oliver Sacks, Mary Shelley’s Frankenstein, the film Contagion, (all too apt today,) and more in an honors class in which most of the students  were planning to be doctors, nurses or researchers. In between I took Introduction to Literary Studies, a “buffet” of genres ranging from Freud’s On Dreams through Alice in Wonderland to 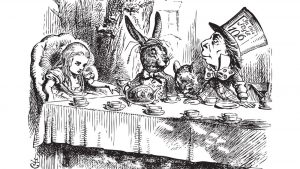 the Surrealists with a brief stop-off for Nietzsche, whom I found hard going. Besides the exposure to fascinating works, many of which I’d never read, both those courses were taught by delightful, gregarious professors who had a knack for eliciting responses from their students. Flatteringly, they encouraged my participation.

I’m slogging through Gender because there’s always something to learn, for instance the story of Gracia Mendes Nasi, a 16th c. Portuguese woman who inherited her husband’s pepper trading business and ended up one of the wealthiest Jewish women of the Renaissance. Gracia also helped conversos (Jews who practiced their religion in secret) and was an early  philanthropist– sort of a Henry Streeter of yesteryear.

And the butterfly? Because we’ve spent so much time together during lockdown and phased reopening, my cat looks to me for entertainment. The battery-operated butterfly that moves in a circle encouraged by a paw is one item  I bring into my office before class along with my laptop, notebook and water. For some of the three-and one-half hours of class the toy occupies the cat.

This truly is a long, hot summer. The courses are helpful both because there is some human connection even in Pixilated squares and because, eager-to-please student that I am, I do my best to keep up with the often dense reading. Too bad I can’t teach the cat to read aloud.

Early on I went through a manic cooking phase producing (mostly) vegetarian meals for myself and a downstairs neighbor, since decamped to her beach house. One triumph was this riff on sesame noodles with peanut butter from her collection as I don’t trust myself to keep it in the house.  Making this is not difficult and the result is delicious. 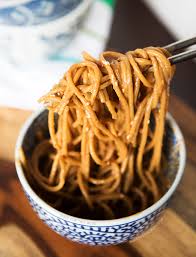 2 large carrots, grated or diced (haul out a food processor if you have one)

Toppings: chopped peanuts, lime wedges (or cilantro if you like it. I don’t.)

Whisk all ingredients together in a bowl until combined.  Taste and add extra soy sauce, if needed.  If sauce seems too thick (it should be thin enough to drizzle), whisk in a tablespoon or two of water.

Cook the noodles al dente according to package instructions.  Drain, then rinse with cold water in a colander until noodles are chilled.

Serve at room temperature (or cold) topped with your desired garnishes.

I’d like to say keep calm and this will end but there’s no assurance it will. Instead, I send sincere wishes for sanity to you saving a few for myself.  Drink whatever you like with Chinese food—beer, white wine, club soda… and wish Dr. Fauci Godspeed.

6 Responses to This Butterfly Isn’t Free