Not Wearing the Green But Baking the Bread 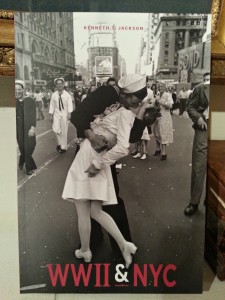 The day before the big green day, I went to the exhibition W W II in NYC at the brilliantly- renovated New York Historical Society.  Thanks to a friend’s generosity, I was part of a Barnard College Club group so I benefited  from a particularly knowledgeable, fun and funny docent.  We toured the exhibit, learning that Maidenform Bras almost didn’t exist during wartime because the War Production Board tried rationing materials until the outcry grew too great. 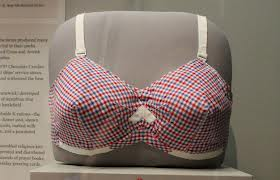 No lace, no style but a WWII Maidenform bra.

Part of the cyclotron that was used in the Manhattan Project is on view, looking ancient and in need of a polish. Visitors at this exhibit see and hear and see a host of artifacts ranging from a Philco radio broadcasting Edward R. Murrow to ship silhouettes in the New York Harbor to a fascinating film by a wartime cameraman who not only shot images of D-Day but also memorialized his visits to Picasso in Paris. It’s a great exhibit and well worth the time.

As part of the NYHS’s new look, it has a delightful new restaurant, Storico, serving lunch, brunch, “later afternoon,” (I interpret this as teatime), and dinner. My bresaola (air dried beef) panini with arugula and horseradish was served on wonderful, chewy bread; 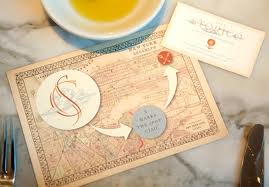 another woman at my table said her eggs with pancetta and tomato sauce with more of that bread, toasted, was also terrific. Prices are reasonable and the setting, with  many different china patterns displayed in sleek, white cabinets set high into the walls and windows overlooking Central Park West, is lovely.

During lunch it began to snow. That, combined with the famed parade, snarled traffic but it’s all part of St. Patrick’s Day in the Big Apple.

The next day, actual St. P Day, I baked Irish Soda Bread Buns, inspired by a recipe from The New York Times. My parents had an Irish housekeeper who often made soda bread. I used to sneak into the kitchen and slice off a hunk –this recipe brought a lot of memories back. And, it’s easy. Herewith: 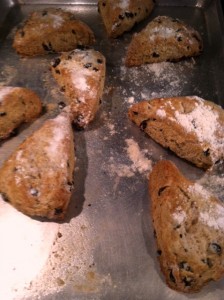 2. In a large bowl, whisk together flours, sugar, baking powder, salt and baking soda. Using a pastry cutter or your fingers,  work in butter until mixture forms coarse crumbs. In a small bowl, whisk together buttermilk and egg. Stir wet mixture into dry one until they just form a moist dough.  With your hands, mix in currants and caraway seeds .

3. Turn dough out onto a lightly floured surface. Shape into a 7-inch round about 1-inch thick. Cut into 8 wedges. I Ieft mine wedge shaped so they look more like scones. Melissa Clark does it this way: Using lightly floured hands, roll each wedge into a ball and transfer to the prepared baking sheet.

Using kitchen shears, snip a small “x” into the top of each bun. (You can also use a knife—I did.) Brush tops with a little buttermilk, and dust lightly with flour.

4. Transfer baking sheet to oven. Bake until buns are golden brown and firm, 20 to 25 minutes. Cool 10 minutes before serving.

Mine were done in 20 minutes. The crosses sort of disappeared but served with butter they make a great snack or breakfast. Slainte, “slan-cha”) as the Irish say.

This entry was posted in Uncategorized and tagged bread, Irish, snow. Bookmark the permalink.

One Response to Not Wearing the Green But Baking the Bread