I’m recently back from several weeks in Scotland.  The Scots themselves are terrific people—when you can understand them. In some areas, especially Glasgow, the regional accent is so broad it can be hard to grasp what is being said.  Food in Scotland never won awards but a “full Scottish breakfast” is impressive: eggs, bacon (sometimes  like what we call Canadian bacon); black pudding (sausage); white pudding (another form of sausage); oj or apple juice and inevitably toast served in a silvery toast rack so it can get cold 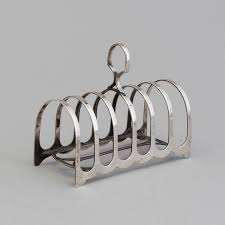 immediately. Sometimes  a full Scottish comes with haggis–which has an undeserved bad rap. No longer cooked in a sheep’s stomach.  today’s version has a casing a bit like that of a hot dog. Made of “innards” and oatmeal, it’s tasty although I wouldn’t want to dive 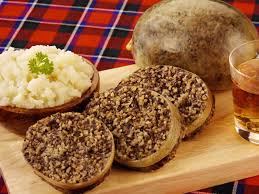 into it daily. At breakfast aporridge is often available as well as fruit usually in the form of fruit salad.

My travel partner and I had some good meals in high end restaurants some very creative. Overall veggies are not big on the Scottish hit parade unless you count potatoes and carrots.The salmon—smoked or as a fish dish—is great but salmon in New York  is just dandy.

There are some good museums in Edinburgh especially one devoted to the work of Barbara Hepworth but many museums all over are a hodge- podge of artifacts, Jacobite history, paintings by Scottish artists and a jumble of other stuff. In Glasgow lots of sites feature the work of Charles Rennie Macintosh, a native son. 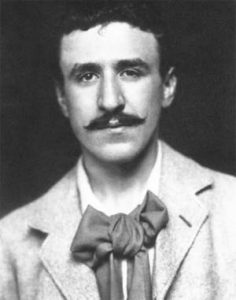 I had an introduction to Peter Trowles who lives just outside of Glasgow; is an authority on Macintosh  and all things Glasweigian. Peter operates a service called Cultural Perspectives that enables him to o take visitors around to various sites in Glasgow for a fee. Here’s his website: www.culturalperspectives.co.uk. If you or a friend is interested in his services, let me know. (He’s fun to  to be with and to understand.)

And then there’s the highly touted scenery. It’s pretty but not especially dramatic in that many parts of the U.S. (looking at you Vermont, Maine, Arizona, Colorado and others) are more exciting. If you’re an ardent hiker or camper Scotland is calling your name. There are some  wonderful Scottish l place names: Portree, capital of the Isle of Skye, Lower Breakish and Pitlochry among them.

Following the weather report, I packed for damp and cold and hit mostly warmish (mid 60s and up) and sunny.

A week of the trip was organized by McKinley Kidd, a Scottish company. MKK arranged a visit to four areas of  the Inner Hebrides to which we  traveled on trains including the Jacobite steam train and also booked  the guest houses we stayed at, mostly wonderful. In addition to Scotland, MKK organizes trips to  Wales, Ireland, the Channel Islands, England and combos of severa countriesl: www.mckinlaykidd.com. They do guided tours, train tours, unguided, self-drive etc. 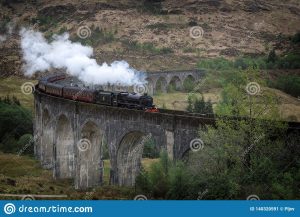 Blessed by flawless flights both over and back it’s hard to complain. Coming home via Delta we were treated to the sight of Greenland, visible as there was none of the usual cloud cover.

Shortbread appears all over the place. The popular Walker brand has trucks delivering the stuff on every corner.  But homemade is great and pretty easy to make: 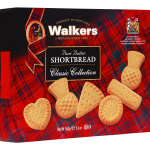 1/2 cup caster sugar, called “baker’s sugar” in the U.S. (if you can’t find it just pulse granulated sugar in a blender until very fine. Do NOT use powdered sugar)

Preheat oven to 350.  Butter a 8×8 or 9×9 inch square baking pan (or use a round cake tin and cut the shortbread into triangles.)

Put sugar, flour, salt and butter in a food processor and pulse until it’s combined and looks like coarse breadcrumbs but is soft and pliable and comes together in a dough when you press it together between your fingers. If it’s too dry and crumbly pulse a little longer.

Pour the mixture into the greased baking pan.  Use your fingers and hands to firmly press down the mixture. Prick the shortbread with the tines of a fork, creating rows.  Or run a knife between each row.

Put shortbread on middle oven rack and bake for 30-35 minutes or until light golden and firm. Let cool. Cut and serve.

The obvious beverage would be whiskey, probably one of the fancy Scottish single malts like Laphroaig, The Macallan or Glenfiddich.  (I tried– and failed– to visit a distillery in Portree—all tours booked). For something milder go with coffee, tea or a glass of milk .

Get out those bagpipes! https://youtu.be/CH7mdlLy61Y