Land of Lavash, Chess and Christianity 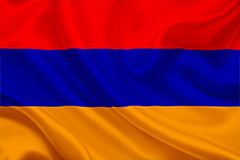 As a kid I was a very picky eater.  The adults around me inevitably urged me to clean my plate, saying that my uneaten breakfast/lunch/dinner would be sent to the starving Armenians.  I had no idea who these people were but they were welcome to the food.

Fast forward to the wonderful (and closing January 13th) exhibit at the Metropolitan Museum of Art, somewhat oddly titled Armenia! (note exclamation point). As Jason Farago, who reviewed it for the New York Times said, “It is not an exhibition that favors razzle-dazzle.” This is a link to Farago’s review: https://www.nytimes.com/2018/10/25/arts/design/armenia-exhibition-review-metropolitan-museum-of-art.html  I thought the artifacts deserved an A although the didactic material, hard to grapple with both because the exhibit is, of necessity, dark and also as it’s filled with unfamiliar words, was closer to C. 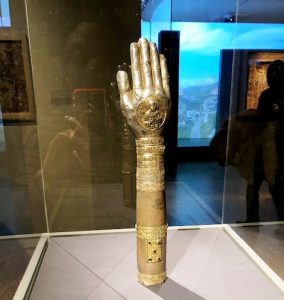 Prior to my museum jaunt my knowledge of Armenia was scant –I thought that the country was the home of Mount Ararat of Noah fame. In actuality, Ararat isn’t one peak but two and is located in eastern Turkey.  Armenia, the first Christian country, has a long, incredibly complex history and a language related to Greek and Iranian, spoken by 96% of the population. Chess is compulsory in Armenia schools and more Armenians live outside the country than in it. 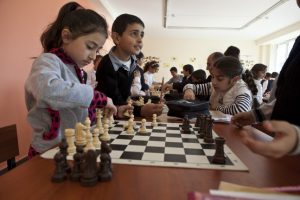 A cursory search revealed that travel to Armenia is considered relatively safe although there are ongoing tensions with Turkey and Azerbaijan.  It’s not yet on my must-visit list but looks interesting with ancient churches, a deep history of wine-making, the world’s longest passenger ropeway, beautiful scenery, and much else.

What constitutes Armenian food depends on who you ask and where they live. Apparently Armenians outside of the country see things in a more global manner, hardly surprising.  The cuisine has a great similarity with that of Greece with an emphasis on eggplant, lamb, tomatoes, yoghurt and bread. This eggplant-centric dish looks delicious: 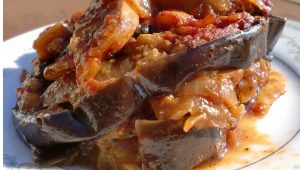 Sour cream (served in a dish alongside). According to several recipes, this is what makes the dish.

Add tomatoes, salt, and pepper. Add whatever herbs you are using and simmer a “few” minutes (I call this 7-10 or until nicely melded.)

Turn into casserole dish and bake at 325 degrees F for 40 minutes.

Serve hot or room temperature with sour cream on the side.

The most popular alcoholic beverage in Armenia is cognac which sounds a little much for the meal. Perhaps beer or wine of your choice—Armenia is said to produce some good reds.  Kenats’y (cheers rendered phonetically as the alphabet is entirely different.)

This entry was posted in Uncategorized and tagged Armenia, Christianity, eggplant, wine. Bookmark the permalink.

One Response to Land of Lavash, Chess and Christianity