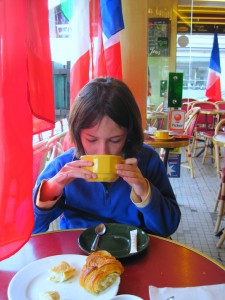 Petite dejeuner, (meaning breakfast in French which  translates as  ‘little lunch’, a concept that never made sense to me), is typically a plain pastry and coffee.  In Paris last June with  Natalie,  above,  we had petite  dejeuner in one of the many cafes in the Marais, the arrondissement in which our apartment was located (on a street straight out of central casting.)   No matter that we had a lovely, well-equipped kitchen — it  fun checking out the other people.

Natalie’s hot chocolate fix started on day one. French hot chocolate is truly delicious–as Julia Child might have said, “so chocolaty.” (According to My Life in France, written by Julia with Alex Prud’homme, she said that French chickens were  “very chickeny” so I’m not stretching by a lot.)

The first few days we each had a croissant until we saw other people enjoying what is called a tartine, basically a baguette sliced into strips, lightly toasted and served with butter and jam. Going forward, our mornings began with tartine pour deux, chocolate for her, coffee for me. Once in a while when I lusted for OJ, I ordered it, freshly squeezed, merci. 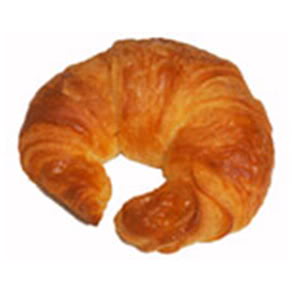 I’ve been in Paris many times and seen dogs in restaurants of all kinds–  chic wine bars to homey bistros.    At the cafe in the picture, we met  a dog at the next table. He must have been a regular, sitting politely next to his person’s chair.  Every so often, a hunk of tartine (no butter, no jam, thanks) came his way.  This dog was typically Parisian in that he sat quietly, didn’t beg and enjoyed what he ate.

This dog was so supremely civilized, he would probably have even loved the ceiling at the Galleries Lafayette in all its Belle Epoch splendor.  However, it’s unlikely that he would have  wouldn’t have left, as I did, humming the music from Gigi.  The only thing missing was Maurice Chevalier! 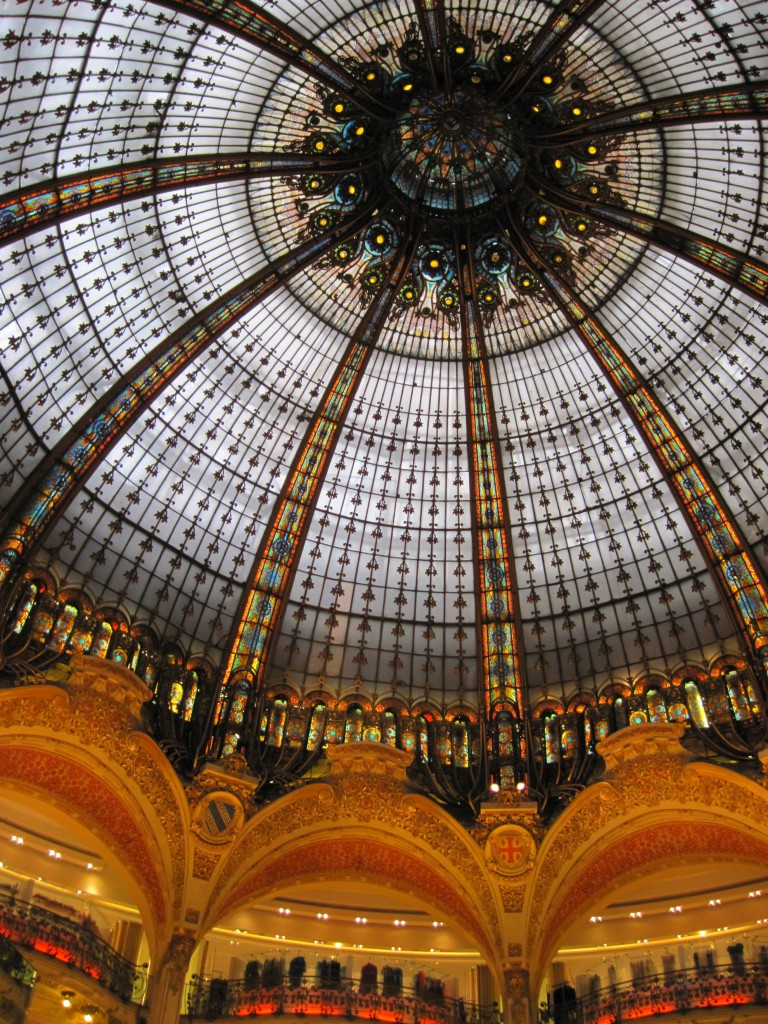 4 Responses to Breakfast in Paris